The Jessica Green Foundation is comprised of parents, and a cousin of adolescents and adults with an autism spectrum disorder along with professionals within their communities. The one thing that we all have in common is that we are touched by autism and have a genuine interest in making a difference in the lives of children and individuals affected.

A native of Los Angeles, Helen has called Jacksonville home since she was 8 months old.  As a young girl, Helen joined Girl Scouts which would ultimately lead her to become a philanthropist early on in her life as it allowed her to serve the community due to all the badges she had to earn.  She remembers getting a food and clothing drive together to give to the needy and helping the elderly in the community with their meals, cleaning their homes, planting a neighborhood garden, and anything she could do for the humanity of people.  At that point, it wasn’t just about earning badges but getting involved to do more.

As a mother caring and nurturing her daughter Jessica who was diagnosed with an Autism Spectrum Disorder, Helen understands the problems and concerns parents are dealing with because she also dealt with them.  She still remembers how perplexed, lost, and lonely she felt during the process of her own daughter’s diagnosis and was trying to comprehend and understand how to deal with all that she had been told about Jessica’s lifelong disability.  Her journey began desperately researching every available topic on autism and talking to other parents around the United States to become educated who also have children on the spectrum.  She also enrolled Jessica at The Center for Autism and Related Disabilities in Jacksonville, Florida.  This led Helen to opportunities where she met and spoke with other parents of individuals with autism spectrum disorder that opened the door to a whole new world for Helen and Jessica.  This helped both of them cope with this disability that was unknown to them.  As a result of Helen’s involvement and learning more about the Neurological disorder, she was appointed by Dr. John Lombardi, President of the University of Florida, to serve as a Constituency Board Member for The Center of Autism and Related Disabilities in which she served from 1997 to 2007.

Two months after Jessica’s passing, Helen was requested by a group of parents in February 2008 to be their voice in Tallahassee to speak before the House of Representatives regarding passing the autism insurance bill, SB 2654 which was enacted in 2008.  The law became effective on April 1, 2009.

In the Spring of 2008, Helen was invited to attend a luncheon given by Dr. Mae Barker, Director of CARD, in which she was honored and given a plaque for the time in which she served on the Constituency BOARD and for her genuine dedication and services to help parents and individuals with an autism spectrum disorder.

Helen continues through the Jessica Green Foundation to advocate for the rights and supports of parents and individuals with an autism spectrum disorder. 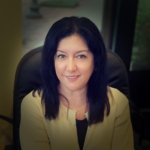 Jenny Snyder has over 25 years of expertise in leadership and community-based financial services. A proven effective leader problem solver, employing creativity and innovation to overcome challenging and complex issues across employees, processes, and costs. She is a communicator with English/Spanish fluency and well-versed in employee & partner relations.

She understands the importance of employment potential for individuals with a IDD for it can be an incredibly rewarding & a great business decision for these individuals are reliable, productive, and energetic workers & can bring diversity and new perspectives to teams. She has hired & worked with autism spectrum employees & makes it a top goal to continue to help them shine.   She resides in Elkton Florida , has been married for 28 years & has 2 wonderful daughters. 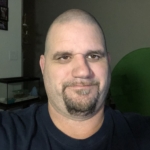 Ray was born and raised in Henderson, North Carolina, and graduated from Northern Vance High School in Henderson, North Carolina in 1991.  A year later he enlisted into the United States Navy on June 22, 1992, and was sent to Boot Camp in Orlando, Florida.  After serving 20 honorable years of service for the United States Navy, he retired on June 30, 2012.  Ray then attended Colorado Tech University and received a degree in Web Development on June 16, 2016.

Ray always wanted to be a Sports Analyst and Play by Play Broadcasters ever since he was 5 years old.  He now has podcast shows on ASAP Network for College and NFL Football.

Ray is also a father to two sons, Nicolas and Luke, and two daughters Madi and Jordan.

Ray joined the Jessica Green Foundation Board because he has twin cousins that are on the Autism Spectrum and wants to be able to help make a difference for a great cause. 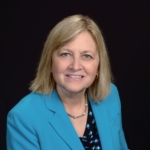 She is on the Advisory Board of the Small Business Development Center at UCF(SBDC) and a member of the HR Advisory Committee and Volunteer Board Participant for the McCoy Federal Credit Union.  Previously, she was on the advisory board of Human Resource People and Strategy (HRPS), SHRM’s  Executive Network; and was a member of the Board of Directors for the Employers Association Forum,  Inc. (EAF). 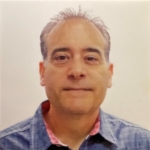 General sales and marketing management of a real estate brokerage firm. New business procurement, including new clients and properties to sell or manage. Lead all property purchases, remodeling, and rental business processes. Supervise the maintenance, housekeeping, and administrative personnel to ensure properties are ready for rental. Ensure the financial wellness of the company, and manage the daily operations of the business. Design and develop all business procedures, with special attention to sales and marketing strategies, and the constant pursuit of business development opportunities. Real estate market analysis, property sales pricing strategy, and cultivating collaboration with external stakeholders to drive sales volume through partnership. 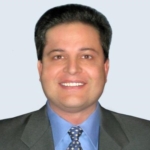 Thomas has led engagements with a diverse set of clients that includes public entities, Fortune 100, some of the top PE/Investment funds, and technology companies. He is a recognized expert in cash flow, valuation, investment, and risk analysis, with significant expertise in building comprehensive strategic and investment cases for stakeholders, investors, and Boards of Directors. Thomas has also served as the CFO of a 50-person, silicon-valley startup, where he was instrumental in raising early-stage capital. Thomas has been awarded several technology patents.

Thomas has an MBA in Strategy and Finance from the University of Pennsylvania’s Wharton School, a BS in Engineering from Virginia Tech, and is also a CFA Charterholder.  Thomas is passionate about this cause and hopes to make a difference in the lives of individuals and families that are affected by Autism. 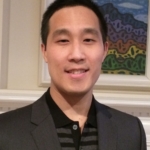 James is a native of Sandusky, Ohio, and received his BA and MD degrees from Brown University. Following training at Stony Brook University and Memorial Sloan Kettering Cancer Center, he served as Clinical Assistant Professor of Pathology at New York University Langone Health, Senior Pathologist and Associate Medical Director at Foundation Medicine, and most recently as Director, Translational Medicine at the Frederick National Laboratory of Cancer Research.

Having worked in academia, the private sector, and government, he is new to Jacksonville and the non-profit space and is eager to help fulfill the mission of this foundation. His other interests include running on the beach, boating, and exploring the state of Florida by land and sea.

Alyssa was born and raised in Mt. Zion, Illinois. In the summer of 2019, she graduated with her Bachelor’s degree in Psychology and a minor in Kinesiology from Southern Illinois University Carbondale. During her undergrad, she was a volunteer track coach for the girls and boys junior high, and also served as a staff member of The Strong Survivors Exercise and Nutrition Program for Cancer Survivors.

In the summer of 2021, she went on to complete her Masters’s degree in Exercise and Sport Psychology from Southern Illinois University Edwardsville. While completing her Master’s degree, she gave a public speech to the SIU dental school on the effects of sedentary behavior. As a volunteer coach for the non-profit Girls on The Run, she worked with girls using evidence-based programs that inspire girl empowerment by building confidence, kindness, and decision-making skills.

Being among 1 of 7 graduate students were each matched with an SLSG youth team, meeting four times to teach topics on what is sport psychology, goal setting, dealing with stressors, and confidence-building techniques.  She was also 1 of 20 in the nation to receive an Abstract Award from the Association for Applied Sport Psychology. Throughout her education and volunteerism, she developed a passion for child development and taught them tools that have a positive impact on their lives and their families.